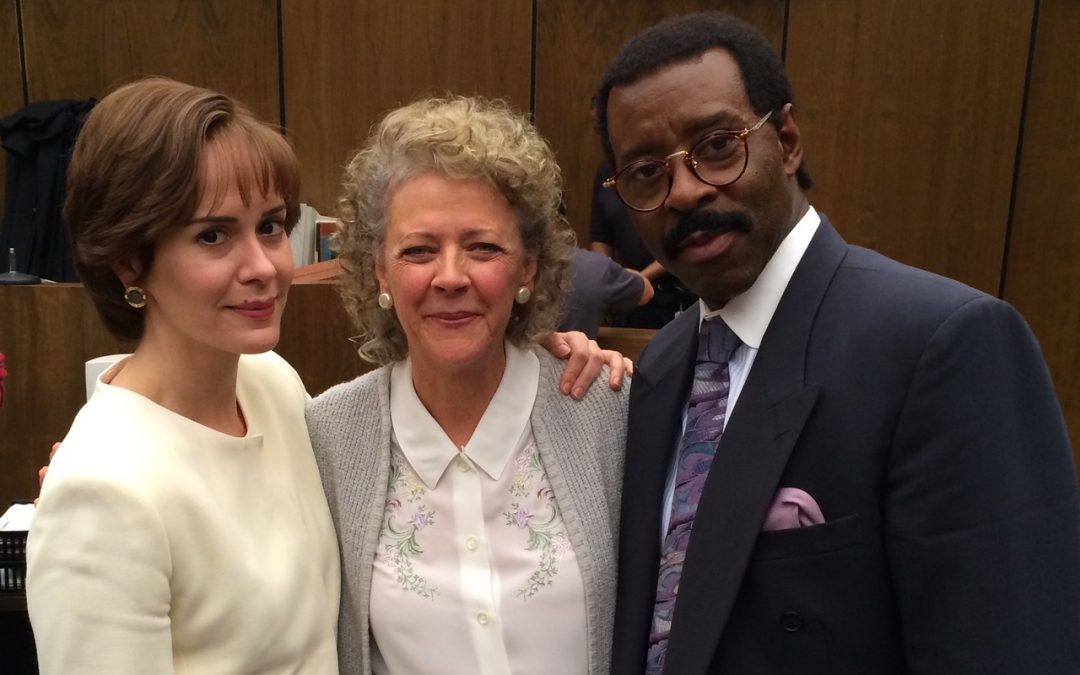 Today we want to introduce you to a judge that is very special to SF3, Ros Gentle. Ros is renowned across Australia, Europe and America as an actress and teacher, having appeared in The National Academy of Television Arts and Sciences Emmy and Golden Globes winning TV shows as well as the cult Aussie show, Prisoner Cell Block H. She also was one of SF3’s Angela’s favourite teachers at the New York Film Academy in LA and we are blessed to call her a friend. Comment with questions below.

1. What is the first gig you ever did?

So many 1sts: First ever: a Vegemite commercial (picked out of a school lineup at 15): First pro commercial “Jenny Lea” in a Meadow Lea commercial for MOJO: First professional theater gig touring Snow White and the 7 Dwarfs (Snow White): First TV show Prisoner (1st job out of NIDA)

2. What are you working on at the moment?

A four part docudrama on the tragic unsolved murder of publicist Ronni Chasen in 2010 (playing Ronni) and a feature that was due to start the day Hollywood shut down for Covid-19 called Legacy of Love. Awaiting the call to resume both! Revamping all my classes for teaching online at the New York Film Academy!

3. Where do you draw your inspiration from?

Everywhere and nowhere (meaning it all comes from inside but I’ve been influenced by so many over the years now, who knows?)

4. What do you like to do when you’re not working?

Garden, work for the organization Shared Hope International (helping to eradicate sex-trafficking), watch TV (so much good television available!) and coffee with friends and deep conversations about life.

5. What are some memorable moments from your career?

· Gosh..mmm…auditioning on my Iphone in Dublin, Ireland for a show that later went on to win every Emmy and Golden Globe that year -ACS: The People V’s OJ Simpson!

· When the audience sat in silence and didn’t move for 15 minutes at the end of one of my one woman shows.

· Travelling across the Nullarbor, Sydney to Perth in 1976 (first ever Airline strike in Australia!) in a bus 3 days non-stop with 7 little people, a gay prince and two drunken musicians to perform in …I think you got it!

6. What’s your favourite movie and why?

Oh God …always find this question so difficult…it changes all the time… way too many out there! and now TV is the new film… way too many more!!!