Megan Riakos, Aussie writer/director back as a Judge for 2020. 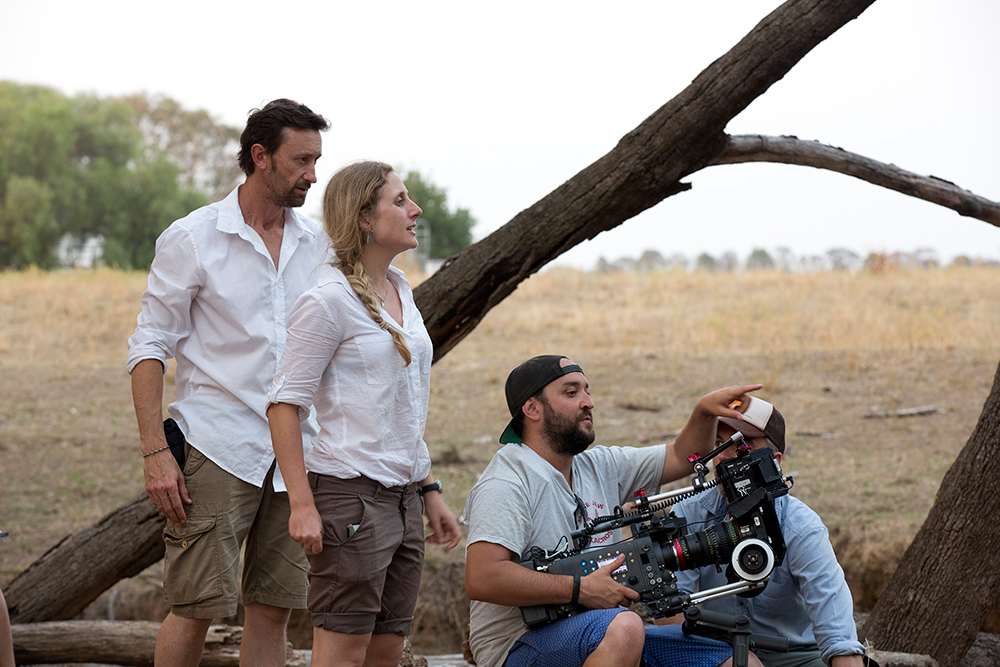 Let us introduce you to today’s judge,Megan Riakos. Megan is one of Australia’s leading filmmakers. Her first film is the incredible Crushed which screened at festivals and cinemas around the world and her latest film,Dark Whispers Anthology, a collection of horror shorts is on the festival circuit now. Megan was also the President of WIFT NSW
for many years and was on the board of WIFT Australia until recently, and she is a passionate advocate of female filmmakers and equality in the film industry. Ask her a question below.
1. What is the first gig you ever did?
My first gig in the film industry was after I graduated my Media Arts degree from UTS at age 21. I packed up and moved to Hollywood as fresh as a daisy and started interning on a low budget feature film called ‘Playas Ball’. After a week they offered me my first paid role as onset production assistant which kicked off my working career.
2. What are you working on at the moment?
I am in the midst of releasing my latest project Dark Whispers – Volume 1, a horror anthology feature film comprised of 10 short horror films by Australian women. We were in the midst of our festival run when the covid shutdowns happened, so are now finalising our digital release. Stay tuned!! I am also developing a new feature called People Might Hear You. It’s a thriller based on a YA book by Robin Klein, I was really affected by it as a teenager and it’s been really exciting to return to it 25 years on.
3. Where do you draw your inspiration from?
That’s a huge question! Life in general, life that happens to you, life that you observe in those close to you and in the world around you. A number of my films have their roots in true stories, even if it’s just a spark that pushes me creatively in my fiction work.
4. What do you like to do when you’re not working?
I come from a really sporty family, so going for a run most days is a deeply ingrained habit! I destress by cooking and of course, I love binging TV shows and films either on the couch or in the cinema (when we are allowed to!).
5. What are some memorable moments from your career?
One of the most memorable moments was on the first day on set of my debut feature Crushed. Directing is a big enough job, but as an indie filmmaker, you wear a bunch of different hats and have so much extra work to do because it’s incredibly low budget. In the lead up, I was overstretched and exhausted and in my head I was thinking “this better be worth it!”. Spending every dollar I owned, going into debt, beg borrowing and stealing to get an indie film up, what if I didn’t actually like directing features? What if I got on set and thought, this just isn’t worth it? But the moment we shot the first slate of the production, I couldn’t help but smile, it felt like home. I had great collaborators around me and I knew that all the hard work was for a good reason – to enable me to do the thing I love, direct.
6. What’s your favourite movie and why?
Tricky! There are so many. One that really sticks with me is Mustang by Deniz Gamze Ergüven – an incredible film about five young orphaned sisters and the challenges they face growing up as girls in a conservative Turkish society. I have three sisters and come from a Lebanese background (though not with the conservative restrictions seen in this film!) and it was a revelation to see these young women and their stories on screen, told through the lens of a female director. It’s only in recent history that these kinds of have become more mainstream (this film was nominated for an Academy for best International Feature Film) and Mustang resonated deeply because of it. I have seen a thousand coming of age films about young men, but there are not a whole lot that properly examine the female experience.