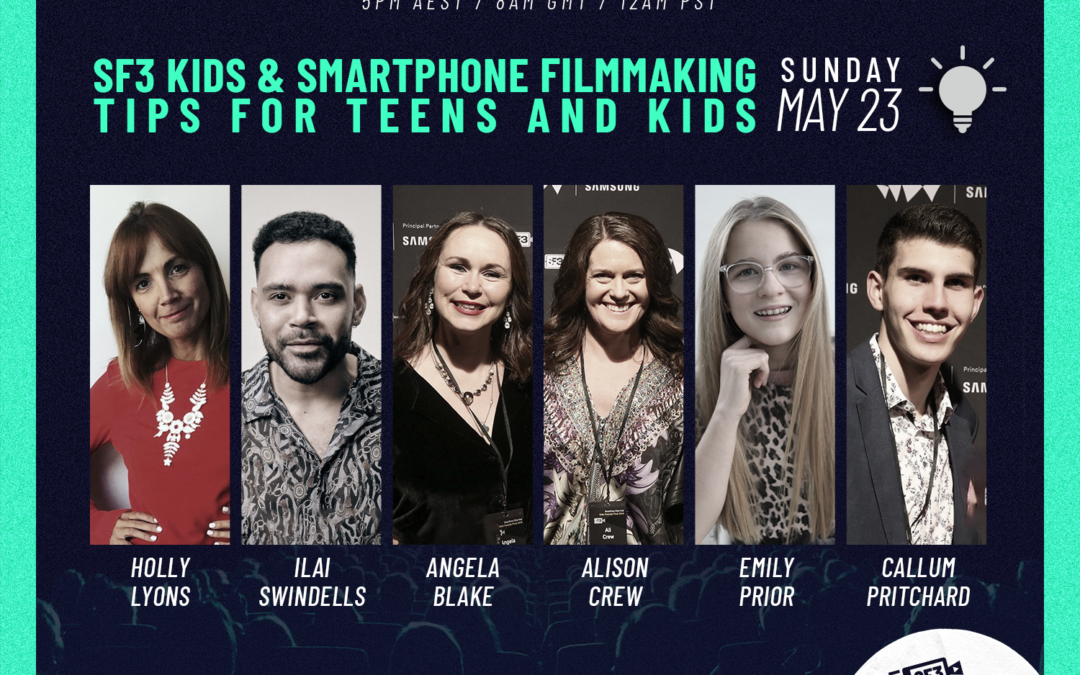 Join us as we launch our 7th Season with 4 FREE online smartphone filmmaking workshops, our 3rd panel THIS Sunday.

Learn from some of the world’s best in their respective fields, ask your burning questions and be inspired to create your own smartphone film for SF3 2021.

We are bringing you 6 of the best in the film, TV and film festival worlds and even though this is the SF3 Kids and Teens Class, we would love to see everyone there. We will be focusing on the craft of screenwriting and what exactly makes a good story, acting tips and techniques, how to get your film into festivals and everything you need to know to begin your screen career.

Holly Lyons – Screenwriter whose credits include ‘Home & Away’ and ‘Neighbours’, she is the creator of ABC Me’s ‘Rocky & Me’ and runs her screenwriting assessment business, Screenwriting Script Tease. Holly is also a judge for SF3 Kids.

Emily Prior – Actor, Model & Disability Activist whose credits include two SF3 Kids Finalist films with an SF3 Kids Best Actress Win, ‘Rocky & Me’ and ‘The Wonder Gang’ for ABC Me. After failing to see disability being represented in Film, Media and Advertising, Emily decided to forge her own path as a filmmaker and actor and she is our very first SF3 Kids Ambassador.